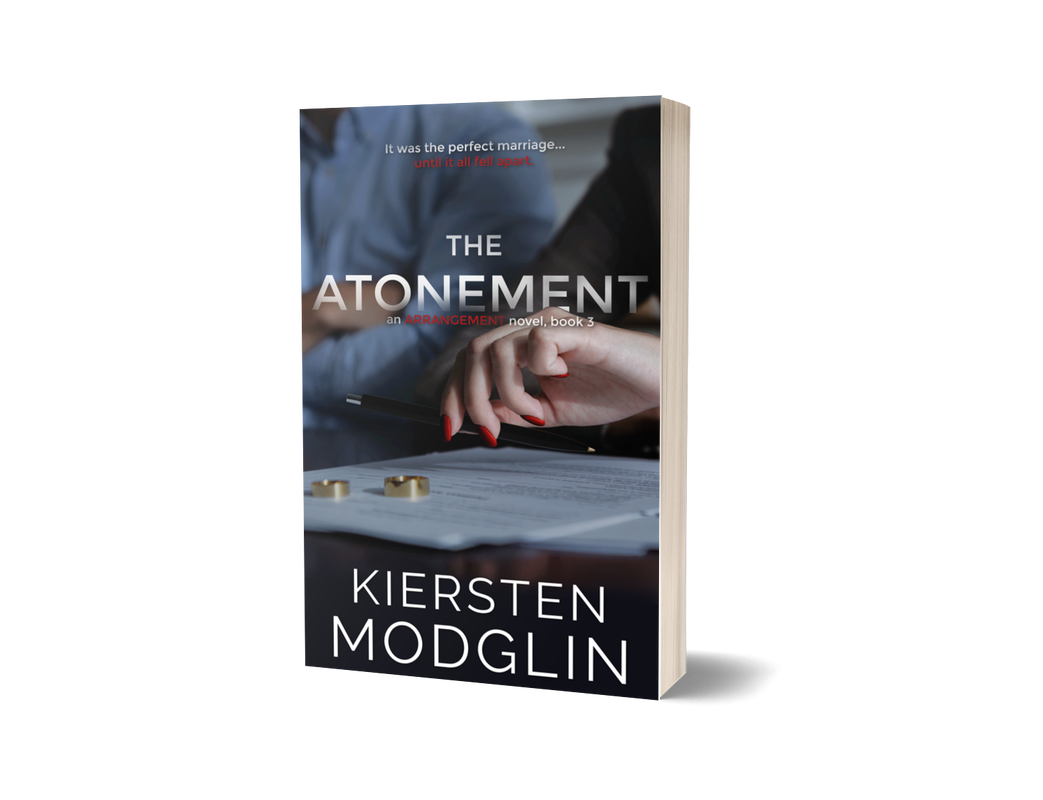 The highly anticipated, nerve-shredding conclusion to the #1 bestselling ARRANGEMENT trilogy...

First, there was THE ARRANGEMENT—a scandalous story about Peter and Ainsley Greenburg's attempt to fix their marriage, no matter the cost.
Next, came THE AMENDMENT--with their darkest secrets revealed, the couple set out in a treacherous attempt to repair what had been broken.
Now, Peter and Ainsley's marriage will be put to one final test with THE ATONEMENT.

Ainsley Greenburg has always been a fixer.
But her latest attempt to repair her marriage left it more damaged than ever before.

Now, trapped in a vicious game of cat and mouse with the man she thought she knew, Ainsley must do what it takes to put out the fire their arrangement ignited.
But it won't be that simple.

As Peter closes in on her, Ainsley finds herself driven down a path of paranoia and fear.
Her only hope lies in her ability to trust her instincts, but they've let her down before.
This time, there's so much more at stake, and the secrets waiting to be revealed will change everything.

Whom can she trust when her world is up in flames?
One wrong decision could cost her everything she has left—her family, her home, and her life.

And, with a final showdown looming, Ainsley must decide what she's willing to let burn in order to survive.
As the blaze continues to heat up, it's only a matter of time before someone must atone for their sins.
PURCHASE THE ATONEMENT
ADD TO GOODREADS TBR
ORDER A SIGNED PAPERBACK
SHOP ITEMS RELATED TO THIS BOOK: